Amore also known as Amore: a True to Life Story is a standalone BL story from the Philippines produced by Star Image Artist Management, the management of all the actors in it. Its episodes are in three installments released on separate days.

(see below for supporting characters)

Amore is the story of a boy from the province who goes to college and finds himself entangled in the lives of four boys for various reasons. One of them is in love with him almost at first sight. Another, he accidentally hurts badly in a rush to class. Another, a roommate who hates his guts. And finally, his boss as a student assistant. 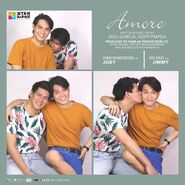 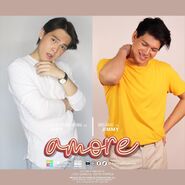 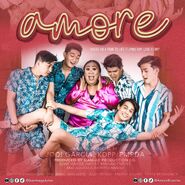 Alternate Main poster
Add a photo to this gallery

Retrieved from "https://boyslove.fandom.com/wiki/Amore?oldid=1690"
Community content is available under CC-BY-SA unless otherwise noted.